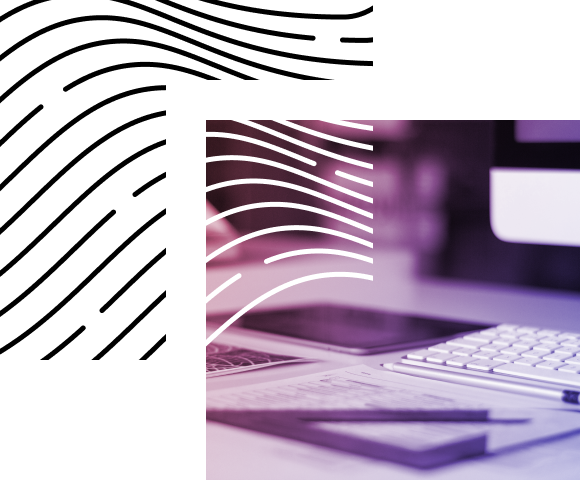 The colloquia are planned for the first Tuesday of each month for one year at around 4 PM (CET) and it will last 1h and a half. Each pitch will provide a concise answer from the speaker that can last from 5 to about 20 minutes.

Our goal is to collect educational material by recording the pitches, which could be used by students and researchers as a reference to start learning about the field. We plan to record the pitch and make the videos available to the community through a dedicated SwitchTube channel. The colloquia should offer an increasingly deep understanding of neuromorphic engineering. At the same time, we would like to stimulate a lively discussion where different points of view and perspectives are challenged and compared. This will only happen live and the audience will be restricted only to the live participants – we will NOT record the panel discussion.

Question of the day: "What are hardware opportunities for neuromorphic engineering?" 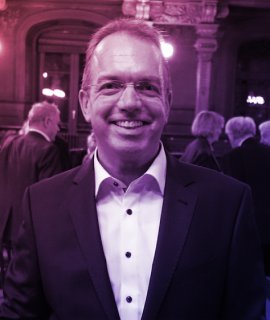 Johannes Schemmel received the Ph.D. degree in physics from Heidelberg University, Heidelberg, Germany, in 1999. He is currently an “Akademischer Oberrat” with the Kirchhoff Institute of Physics, Heidelberg, Germany, where he is the Head of the ASIC Laboratory and the Electronic Vision(s) group. He is an Architect of the Spikey and BrainScaleS accelerated Neuromorphic hardware systems. His research interests include mixed-mode VLSI systems for information processing, especially the analog implementation of biologically realistic neural network models. 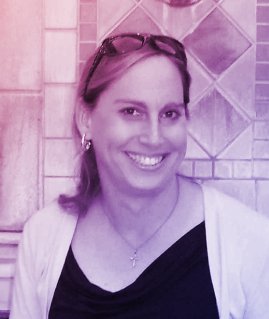 Georgia Institute of Technology, US

Dr. Jennifer Hasler received her B.S.E. and M.S. degrees in electrical engineering from Arizona State University in August 1991. She received her Ph.D. in computation and neural systems from California Institute of Technology in February 1997, and she received her Master of Divinity degree from the Candler School of Theology at Emory University in 2020. Dr. Hasler is a professor at the Georgia Institute of Technology in the School of Electrical and Computer Engineering; Atlanta is the coldest climate in which Dr. Hasler has lived.Dr. Hasler founded the Integrated Computational Electronics (ICE) laboratory at Georgia Tech, a laboratory affiliated with the Laboratories for Neural Engineering. Dr. Hasler is a member of Tau Beta P, Eta Kappa Nu, and the IEEE. 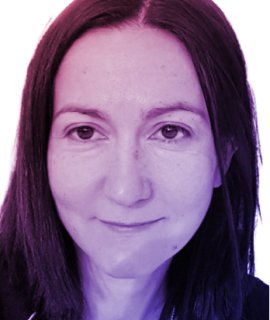 Elisa Vianello is a senior scientist at CEA-Leti. She joined the institute in 2011 after spending one year on the research staff at Fondazione Bruno Kessler, Trento. Her current research interests concern the development of new technologies for bio-inspired neuromorphic computing, with special focus on resistive switching memory devices (RRAM) and phase change memory (PCM). She has authored or co-authored 4 book chapters and more than 100 technical papers. She is coordinator of the "MeM-Scales" (2020-2022) European project (H2020) focused on the codevelopment of a novel class of algorithms, devices and circuits that reproduce multi-timescale processing of biological neural systems. She also is associate editor of the APL special issue on Emerging Materials in Neuromorphic Computing (February 2020) and of the incoming IEEE Transactions on Circuits and Systems –II (2020-2021). She received the PhD in Electrical Engineering from the Università degli Studi di Udine (Italy) and the Grenoble Institute of Technology (INPG, France) in 2010. 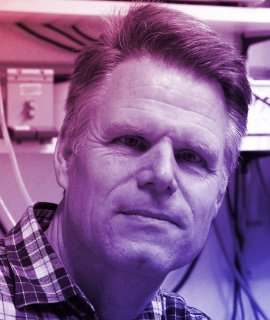 Bert Jan Offrein received his Applied Physics and Ph.D. degrees from the University of Twente. Dr. Bert Jan Offrein joined IBM in 1995 and worked on optical components for WDM networks. From 2004 to 2016, he was the manager of the photonics group at IBM where he was leading several international and global collaborative R&D projects on electro-optical interconnect technology. Since 2016 he is managing the neuromorphic devices and systems group, focusing on novel hardware for cognitive systems. He is a (co-) author of over 100 publications and more than 40 patents and patent applications.

Question of the day: “What is neuromorphic engineering?” 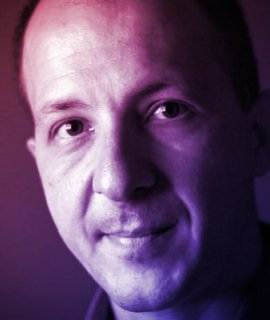 University of Zurich and ETH, CH 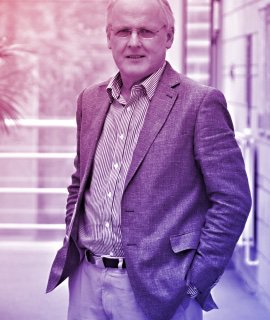 The University of Manchester, UK

Steve Furber received a B.A. in mathematics in 1974 and a Ph.D. in aerodynamics in 1980, both from the University of Cambridge. He is ICL Professor of Computer Engineering in the School of Computer Science at the University of Manchester. From 1980 to 1990, he worked in the hardware development group at Acorn Computers Ltd and was a principal designer of the BBC Microcomputer (1982) and the ARM 32-bit RISC microprocessor.

Designed with colleague Sophie Wilson as part of a national TV program on personal computing, well over a million BBC Micros were sold and used in more than 80 percent of all U.K. schools. Furber and Wilson then co-designed the 32-bit Acorn RISC Machine (ARM) processor (1985) to address a need at Acorn for a new microprocessor that outperformed any then commercially available. The ARM processor core is now used in thousands of different products, from mobile phones and tablets to digital televisions and video games. It has enabled the mobile revolution in computing with its efficient power-sipping microprocessors. The number of ARM processor cores now shipped exceeds 180 billion, or more than four ARM microprocessors for every person on earth.

Furber's current research interests include the SpiNNaker project, which seeks to emulate a small portion of the human brain using one million ARM processor cores. 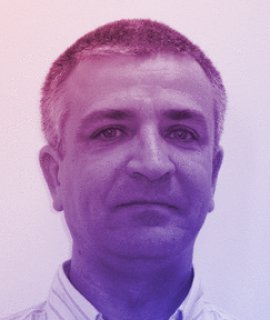 Bernabé Linares-Barranco received the B. S. degree in electronic physics in June 1986 and the M. S. degree in microelectronics in September 1987, both from the University of Seville , Sevilla , Spain . From September 1988 until August 1991 he was a Graduate Student at the Dept. of Electrical Engineering of Texas A&M University. He received a first Ph.D. degree in high-frequency OTA-C oscillator design in June 1990 from the University of Seville, Spain, and a second Ph.D deegree in analog neural network design in December 1991 from Texas A&M University, College-Station, USA.

Since June 1991, he has been a Tenured Scientist at the "Instituto de Microelectrónica de Sevilla" , (IMSE-CNM-CSIC) Sevilla, Spain, which since 2015 is a Mixed Center between the University of Sevilla and the Spanish Research Council (CSIC). From September 1996 to August 1997, he was on sabbatical stay at the Department of Electrical and Computer Engineering of the Johns Hopkins University. In January 2003 he was promoted to Tenured Researcher, and in January 2004 to Full Professor. Since February 2018, he is the Director of the "Insitituto de Microelectrónica de Sevilla".

He has been involved with circuit design for telecommunication circuits, VLSI emulators of biological neurons, VLSI neural based pattern recognition systems, hearing aids, precision circuit design for instrumentation equipment, VLSI transistor mismatch parameters characterization, and over the past 20 years has been deeply involved with neuromorphic spiking circuits and systems, with strong emphasis on vision and exploiting nanoscale memristive devices for learning. He is co-founder of two start-ups, Prophesee SA (www.prophesee.ai) and GrAI-Matter-Labs SAS (www.graimatterlabs.ai), both on neuromorphic hardware. 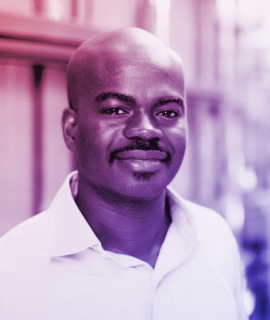 Kwabena Boahen received his B.S. and M.S. in electrical engineering in 1989 from Johns Hopkins University and his PhD in computation and neural systems in 1997 from the California Institute of Technology, where he was advised by Carver Mead. For his PhD thesis, Boahen designed and fabricated a silicon chip emulating the functioning of the retina. After completing his PhD, Boahen joined the faculty of University of Pennsylvania where he held the Skirkanich Term Junior Chair.

In 2005 he moved to Stanford University and is currently the director of the Brains in Silicon Lab. He is widely regarded as one of the pioneers of neuromorphic engineering. He was named an IEEE fellow in 2016.

Specific contributions throughout his career include the development of the current-mode subthreshold CMOS circuit design paradigm, the address-event approach to communicating spikes between neuromorphic chips, and the scalable design of multi-chip systems. Boahen’s chips are mixed-mode: they employ analog circuits for computation and digital circuits for communication. Boahen's work has demonstrated that neuromorphic computer chips are capable of reproducing many types of brain phenomena across a large range of scales (e.g ion-channel dynamics, excitable membrane behavior,, the orientation tuning of neurons in Visual Cortex,, and neural synchrony). Utilizing these breakthroughs, Boahen's Stanford lab built the first neurmorphic system with one million spiking neurons (and billions of synapses), Neurogrid.