During the eighties, the doyen of very large scale integration of digital electronic circuits, Carver Mead, began to promote the notion that the physics of transistors in their sub-threshold, analog, domain resembled the physical relationships observed also across neuronal membranes. His vision was that it would be possible to build analog circuits with similar computational properties to biological neurons and sensors. Because these circuits would operate largely in the sub-threshold, their power consumption would be very small; and because they were built in CMOS VLSI very large systems could be built by leveraging the manufacturing systems employed industrially for producing digital VLSI. This concept, that one might harness analog CMOS VLSI for the design and construction of brain-like neural networks operating in real-time, was explained in his seminal book Analog VLSI and Neural Systems.

Carver was assisted at that time by a small group of very smart doctoral students. Amongst them was Misha Mahowald, who was trained as a biologist but was strongly drawn to Carver's vision of an electronic synthetic neurobiology. Like Carver, Misha had an almost mystical sense of the relationship between the physics of electronics and biophysics. It was her poetic sensibility that promoted with Carver the adjective 'neuromorphic' for their enterprise, rather than the more prosaic 'neuromimetic' more typical of that era. In their view, it was the physical form of the computational process rather than only its resemblance to biology that was central to their approach. The derring-do excitement of the 'Carverland' lab at that time was amplified by the vigorous growth of interest at Caltech in the physics of computation, in both physical and biological systems. This focus led to the creation of the pioneering Computation and Neural Systems Program. CNS spawned a generation of computational neuroscientists, and foremost amongst them was again, Misha.

Misha and Carver created the first neuromorphic VLSI retina, the successors of which are now entering the industrial world through companies such as iniVation and Prophesee. During the early nineties Misha went on to design the first VLSI neurons that used analogs of Hodgkin-Huxley conductances, and she was centrally involved in the design of the first silicon cortex system, which project was also the inspiration for establishing the very successful Telluride Neuromorphic Workshops. Her influence on the emerging filed can be judged by the fact that even before she had graduated, her work had already appeared on the covers of both Scientific American and Nature. Yet none of these contributions were as important as her thesis project; the design and fabrication of a Marr-Poggio style processor of stereoscopic vision. That essentially analog VLSI circuit instantiated a number of novel circuit concepts for the construction of neuromorphic analog processors that have yet to be properly appreciated and exploited.

Misha was a powerfully creative and intelligent presence. Her clarity of insight and purpose had a profound influence on her environment, and her collaborators. She soon moved to Oxford, and then to ETH/UZH Zürich as a founder of the Institute of Neuroinformatics. Unfortunately she died there at a young age, and was not to see the huge expansion of the neuromorphic concepts of which she was a major source.

In later years, the neuromorphic engineers of INI established a start-up company, iniLabs whose aim is to provide an incubator for industrial neuromorphic projects. Misha dreamed of a well-funded environment devoted to neuromorphic Research and Development, that could attract international talent, and compete with the resources available to the big industrial labs.

INI and iniLabs are steps in that direction, and so the Board of iniLabs decided to establish a Prize that would commemorate her contributions and vision. Fortunately, iniLabs was able to recruit the enthusastic support of an expert international Prize Jury, chaired by Terry Sejnowski. The Prize is awarded principally for ground-breaking concepts and implementation in neuromorphic engineering, which the prize winners so far clearly exhibit. The management of the Prize has now been transferred from iniLabs to iniForum, a company that focuses on the management of scientific events and public relations. Plans are now in progress to increase both the purse and the penetration of the Prize. 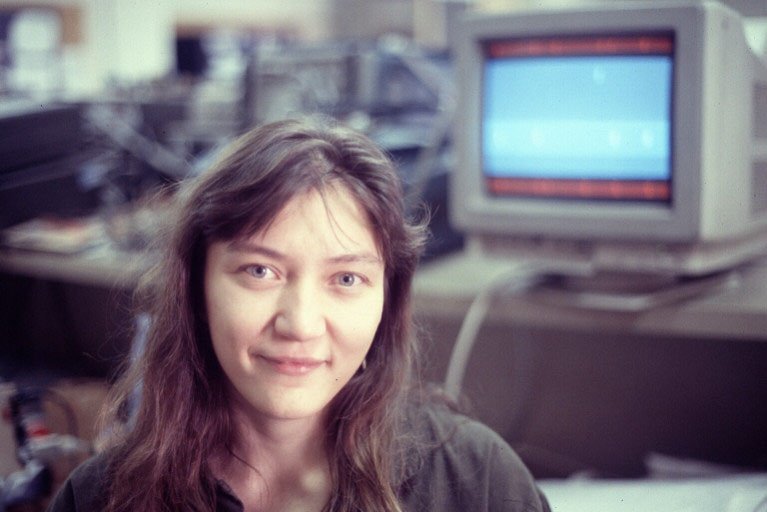 The award is considered annually.

The competition is open to any individual or research group worldwide.