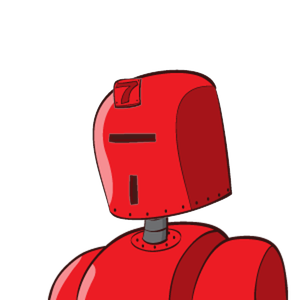 The Cognitive Computing 2018 meeting, funded by Volkswagen Foundation, took place from December 18-20 2018 in Hannover, Germany. It's proclaimed remit was "Interdisciplinary Foundations for Non-Digital Computing", therefore the NEUROTECH consortium couldn't miss out on that one! It featured an impressive list of keynote speakers, spanning an arch between non-conventional computing paradigms, novel hardware, theory of computing and also ethical aspects of powerful computing systems giving rise to artificial intelligence (AI).

One of the highlights, from a NEUROTECH perspective, was definitely Kwabena Boahen's keynote about his new "Braindrop" architecture, that features ReLU-like neurons in analog hardware. His work is lined to the work of Chris Eliasmith, who also gave a keynote. In his 2003 book, Eliasmith outlined the Neural Engineering Framework (NEF), that later laid the foundation for his Semantic Pointer Architecture (SPA) and the SPA-Unified Network (SPAUN), a spiking network that performs cognitive tasks.

Large parts of the conference were dedicated to approaches to computing that involve reservoir computing (RC). RC achieves computing by projecting the input into a high-dimensional representation, on which a linear readout can be learnt to represent virtually any function of the input. Susan Stepney talked about computing and computability and presented theoretical work on a method to judge how good a neural reservoir is, providing metrics for memory capacity (related to fading memory), input separability (related to the size of the reservoir) and approximation (ability to generalise). She presented applications of this metric to concrete reservoir systems they have developed, based on nano-tubes, pointing out ways for improvement of this novel substrate.

A highlight in the almost literal sense was the keynote by optical computing pioneer Demetri Psaltis. For example, he demonstrated real-time face recognition in 1985, when most digital computers had little more computing power than a dishwasher these days.

Edward A. Lee's keynote provided some fascinating, thought-provoking insights on the limits of Turing-machine computing. One of his main arguments was that since time and space are continuous in nature, a discrete machine like Turing's will always be limited in its ability to simulate and control physical processes, including the human brain. He also indicated that in order to understand the brain, we need to understand that its development has been shaped by the physical world, hence suggesting that discrete computing will have a hard time approximating its function. Edward Lee's keynote was without doubt among the most discussed during the meeting, which is not surprising given that it turned some mainstream views on their heads. If this has whet your appetite and you are still looking for reading material over the holidays, you should probably check out Edward Lee's book.

From another angle, using a strictly formal approach,David Wolpert used his plenary lecture to explained fundamental thermodynamical limits of computing, making an information-theoretical argument that stochastic synaptic failure is in fact supporting energy-efficient computing in the brain. In his current work, he focuses on Thermodynamics of Computation at the Santa Fe Institute. Interestingly, he pointed out that the brain, while tremendously efficient, still consumes about 20% of the energy that a human requires, therefore presenting the organism with a huge energetic overhead that, in evolutionary terms, must be paid off by its utility.

Ipke Wachsmuth provided a very entertaining and informative review of the history of computers, starting with local Hannover computing hero Leibniz and his stepped reckoner, to Turing himself and his Turing machine, Seymour Cray and his supercomputer company, neuromorphic pioneer Carver Mead, to Steve Furber's SpiNNaker, and late Karlheinz Meier's BrainScaleS systems.

Switching to the ethical aspects of efficient computing and the resulting ubiquitous AI, Peter König's lecture uncovered a mismatch between approved ethical policies and empirical findings regarding human decision making in a famous ethical benchmark, the Trolley problem. Using VR, they immersed human subjects in a simulated car that was heading towards two groups of humans on the road, confronting the subject with the impossible decision to hit either the larger or the smaller group. This may sound dreadful, but what was really upsetting was the fact that human decisions systematically and reproducibly differed from the recommendations of an ethics panel to regulate self-driving cars. More details are in the original publication.

Joanna J. Bryson took on a more bold approach to AI ethics. She delivered a flurry of convincing arguments that demonstrate how humans have co-evolved not only with tools, but also with ethical considerations. AI is the next tool that humans will evolve with. Her answer to the question whether AI is changing us was "AI is us, changing ourselves". We will have to evolve our ethics alongside the new possibilities offered by AI, since it's us who is responsible about what we do with AI. For those who want to review this, please have a look at Joanna Bryson's excellent TEDx Talk at CERN.

Also future focused, but rather on technological side of things, Neuroscientist Pieter Roelfsema talked about his journey from studying contour-following in the visual cortex and beyond, to visual neuroprosthesis, aka enabling vision for the blind. Impressive!

The talks were complemented by about 50 posters on display, giving an overview on the current state of the art in unconventional computing, from hardware substrates to algorithms.

Taken together, my memory of the Cognitive Computing conference will be that of an inspiring meeting, bringing together scientists from a variety of disciplines, who do not usually meet on conferences. It is just awesome to sit down for dinner with a bunch of folks you do not know and it turns out they're a leading figure in their field, and listen to them discuss as dinner and dessert are served (thanks to the excellent local organisation by Volkswagen Foundation).

Dr Michael Schmuker on behalf of the Neurotech consortium.